Are there enough green spaces in Dubai? Research 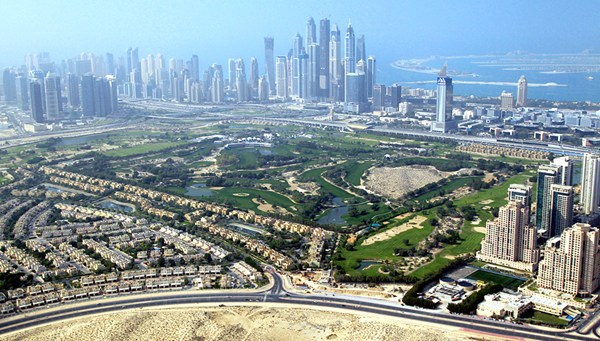 From an outsider point-of-view, how do they see Dubai? Whenever the region is being shown on social media and even on ads we can commonly see the Burj Khalifa, Burj Al Arab, The world-famous Palm Jumeirah, and the mighty skyscrapers and breath-taking buildings. Some expats may find it challenging to look for an apartment for rent in Dubai since their preference is a community surrounded by greens. We are here to break the stereotypes about Dubai.

The city has another side which is overlooked most of the time. Since then, developers are much more focused in developing communities with a lot of green spaces. Little do people from the outside know that Dubai has a lot of parks, lakes, and green spaces which include the Zabeel Park, Burj Park in Downtown and the Dubai Miracle Garden. There’s also a community called Al Barari which is specifically designed for greenery and amazingly designed waterways.

Good news because in less than six months, Dubai Hills Park will open its gates after the opening of Dubai Hills Golf Club. Both of these developments are very significant not only for their massive areas but also in terms of the vision of Dubai’s future as a green city. Because of these upcoming projects, more communities will now be focused on creating buildings where families can enjoy peaceful and relaxing living within natural surroundings. One day, it’s going to be possible to rent an apartment anywhere in Dubai surrounded by lush green spaces.

Dubai is a rapidly changing city. That’s a fact. And we can all credit it to the genius governance of its leaders who made it an open city where innovation is a priority. We can expect more green spaces for the years to come in this city. Residents will soon remember Dubai not only for its famous sky-scrapers and world-famous engineering but also as an ideal green city for residential communities.